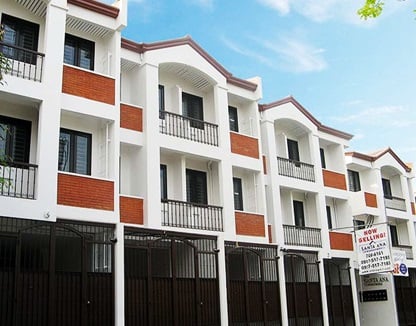 The Santa Ana district, located in the southeastern tip of the City of Manila, is one of the city’s most historic and dynamic areas. This district is best known as the Santa Ana Heritage District, so named because of the many historic architectural landmarks, including colonial-style houses, the Santa Ana Church, and the Plaza Hugo. Santa Ana is also the home of the 300-year old image of the Nuestra Senora de los Desamperados de Manila, or Our Lady of the Abandoned of Manila.

The rich heritage of Santa Ana has endured through the centuries. In pre-colonial times, this district was the site of trade with Chinese merchants, as evidenced by the ancient Chinese ceramics and pottery found in long-forgotten sacred sites in the area. During the colonial period, the district was presided over by Franciscan missionaries. Santa Ana was even mentioned in the novels of the national hero Jose Rizal, further emphasizing the district’s importance and prominence among Filipinos of the time.

In fact, this historic district is the only one spared from the destruction wrought in the city during the Second World War, effectively preserving all the history and cultural heritage. This district is a truly unique one—a place where past, present, and future are seamless combined.

Santa Ana was declared a histo-cultural heritage and overlay zone through an ordinance written and passed by the city councilors of Manila.

Aside from the rich and colorful history of the district throughout the centuries, its strategic location near the banks of the Pasig River and near the borders of Mandaluyong and Makati, has made Santa Ana one of the most attractive residential areas for many Filipinos. It is known among locals as the gateway to Metro Manila’s most important locations—such as the bustling central business district of Makati City and the exciting shopping and lifestyle destinations of Mandaluyong City. The Manila districts of Paco, Pandacan, and San Andres are also located nearby.

The history, culture, and proximity to the metro’s biggest cities make Santa Ana a truly desirable place to live in. Recognizing the Old World charm and growth potential of the district, real estate development company TransPhil Land planned a series of townhome communities in the tranquil Santa Ana. All developments are specially designed to provide beautiful, relaxing, and spacious homes for residents, with the added bonus of all the comforts, conveniences, and accessibility city living has to offer with the Santa Ana Townhomes.

Situated right at the heart of the Santa Ana district, the three Santa Ana Townhomes communities boast of an exclusive, gated enclave that delivers contemporary luxury at a very reasonable price.

All the homes in these beautifully designed communities offer total floor areas of 89 to 124 square meters on lot areas ranging from 27 to 41 square meters. The biggest units have three levels, three bedrooms, two toilets and baths, a powder room, spacious living areas, separate dining and kitchen areas, and covered single-vehicle carports. These units are also designed with an efficient floor layout which then translates to beautiful spaces where families can breathe, live, and enjoy a home life like no other.

Other unit options also include a spacious one-bedroom unit for young couples and professionals who want to enjoy life in one of the most historic and dynamic districts of the city of Manila. Young professionals will also enjoy the studio unit, which offers flexibility in layout and decoration—perfect for young creative types who want to bask in the unique energy of the district.

Another thoughtful design addition to these townhome communities is the developer’s belief in ergonomics. Simply put, it will be a true delight to live in these homes as they are specially designed to accommodate and complement the residents’ varying needs and lifestyles. These units are meant to be lived in and enjoyed day-to-day.

Aside from the ample living spaces, residents of the Santa Ana Townhomes communities also have access to a number of well-appointed amenities within these exclusive enclaves. There is the indoor swimming pool and the beautifully designed pool lounge surrounding it; the perfect place for a morning swim or a lazy weekend afternoon with a good book or a movie enjoyed on one’s mobile device. There is also the indoor full-sized basketball court, which is perfect for a wide range of physical and sporting activities. Fitness-oriented residents will also enjoy the gym and fitness center, which will boast of the latest gym equipment, such as weights, treadmills, stationary bikes, and ample space for yoga, aerobics, or Zumba sessions.

Exacting standards are applied to all TransPhil Land developments, which are also conveniently located very closely to train stations and transportation terminals. The Santa Ana Townhomes, for example, is close not only to a variety of transportation options but also supermarkets, schools, hospitals, clinics, and business districts to make life truly comfortable and convenient for residents.

Trans-Phil Santa Anna in Santa Ana, Manila, Philippines is a premier Townhouse project available for sale. If you're looking to rent or purchase Santa Anna, then check here first. We have full details of Santa Anna updated regularly as well as everything you need to know about the availing and booking process, broken down into stages that includes selecting a unit, choosing a payment plan and buying your dream home at the right price. For price list, free site tripping or showroom visit, personalized service, model house, unit plans, floor plans, payment terms, CHAT LIVE with an agent 24x7. Always only buy from PRC licensed Real Estate Brokers and Agents. 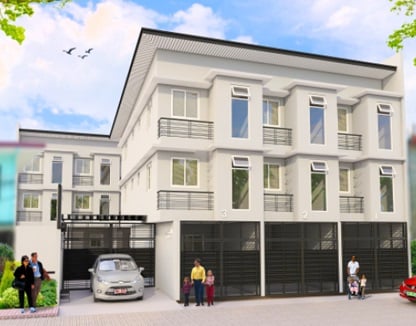